We thought we had it all sussed: our menu was fairly simple but full of lush delicious summer ingredients, we had started cooking early, and I even had time for a cup of tea mid-afternoon. But somehow before we could say mellow watermelon, our guest were here, our table wasn’t laid and the chairs had to be gathered from around the flat. I think that may have set the tone for the rest of the evening, as our tart needed another go in the oven, our melted chocolate got too hot and started cristallising, and overall our dinner conversation was a little… slow.

At the dinner table that night were actress Laila, Elena who works at the Government Digital Service and told us she occasionally spots our friend Emily at work (have you said hello yet, Elena?), Julia who, if I remember correctly, teaches German, Rosie and Steve who was starting his new job at the Beeb the next day, and our friend Eleanor who cheekily signed herself up for the second time (everyone else out there who’s been asking politely if they can come back: this is how you do it!).

Here’s what we had on our summer menu:

– a red pepper, watermelon, cucumber and basil soup
– tomato and caramelised tatin with green leaves
– poire Belle Hélène (that’s a pear dipped in chocolate to you!) with a sprinkling of pistachio dust 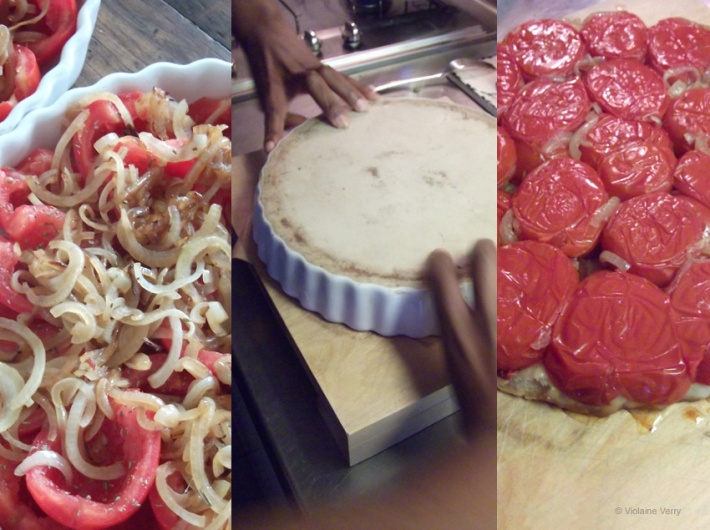 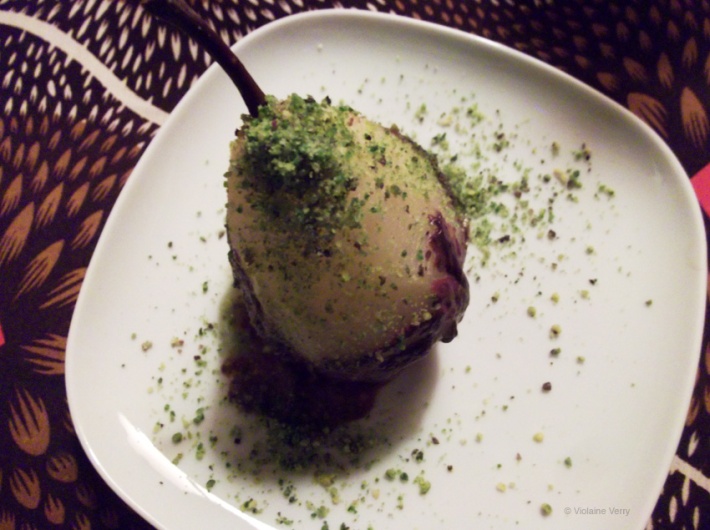 I thought the soup was perhaps a tad too sweet – yet still very tasty, and although the tart needed too much time in the oven, it was delicious when it eventually came out.  I would have also liked to be a little more focussed on hosting, rather than trouble-shooting in the kitchen, but you know: c’est la vie! I think it’s fair too say we have learnt to never assume we are nearly ready… when we nearly clearly aren’t!