At the beginning of the Chimamanda Ngozi Adichie’s TED video, The Danger of a Single Story, she talks about being an early reader of British and American children’s books and an early writer of stories with characters who “talked a lot about the weather” even though she lived in Nigeria and “we never talked about the weather, because there was no need to.”

Sometimes, I yearn to live in a place where I don’t have to talk about the weather. Where summers behave like summers and the winter months restrict themselves to December, January and February. Because then when we plan to have a July Clapton Pot picnic in the park I know that it will happen for sure. In spite of the rainy weather, Violaine turned up with the most bombastically patterned set of plastic plates I have ever seen and we proceeded to have our picnic indoors instead. 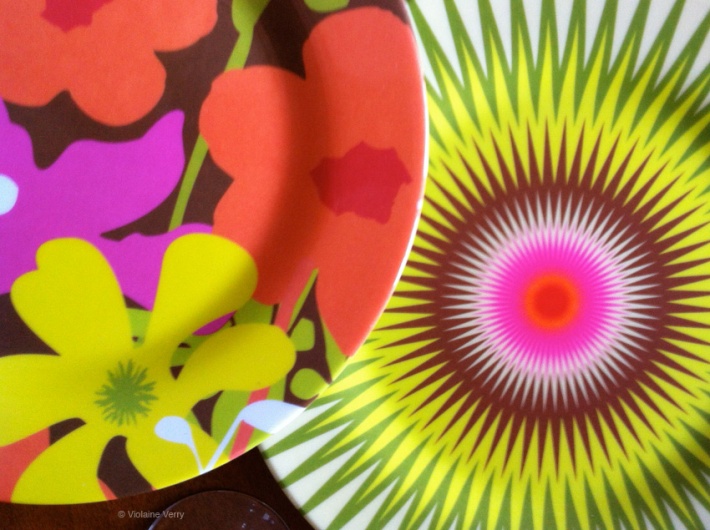 Our first guest to arrive was Roberta. She travelled from Kings Cross, but heard about us through Robbie who attended the inaugural Clapton Pot. Roberta is a researcher, activist and historian, who works on a number of interesting projects that highlight the contributions of women from the Victorian era. She told us a story about getting a little known philanthropist from a Leeds based merchant family, Frances Lupton, on the first page of Wikipedia. Next to arrive was Rachel commissioning children’s editor at Pan Macmillan and co-founder of the new Write Now Prize and Jon, who runs the record label the Psychic Healing Network. Looking forward to hearing some new music to add to our playlist! Katie, a founding member of The Amazings, runs a project called NANA, a comfort food café and will be peer funding a new project called The Convenience (try to keep up!). Nadia of the Happy GREENS brought a bottle of her very RAW GREEN SMOOTHIE to share, which was delish. Locally it’s sold in Palm 2 and Mother Earth. And Damaris, who is a personal trainer based at London Fields Fitness Studio, and who participates in a host of other fitness related social projects, kicked it all off by being the first one to sign up this month.

You can probably imagine with such a crowd of doers in attendance we were not sitting around the table talking about the weather. Topics of conversation ranged from the NHS to gentrification to legalising prostitution to beginner yoga classes and much, much more.

Here’s what we ate:

BBQ Aubergine – slice or cube the aubergine and coat with a little olive or sunflower oil and a sprinkle of salt. Then place them in the oven until slightly browned on the edges. Once they have cooled down toss with your favorite homemade bbq sauce and place them back in the oven again for about 15-20 minutes.

Baked Mac and “Cheese” – You can choose your favorite macaroni for this dish. We used tortiglioni. Do top this bake with biscuit crumbs or pancho before you pop it in the oven so the macaroni stays nice and moist.

Coleslaw – The mandoline is a must for slicing cabbage. I’ve never been a fan of the gloopy heavy mayonnaise dressing. So we kept it simple with a Dijon mustard and lemon dressing.

Green Beans with Shallot Vinaigrette – Again, a tasty side dish with a simple dressing. You can blend, chop or sauté the shallot depending on how you want to bring out the flavour.

Watermelon, Strawberry and Banana Smoothie – We had to wait a while for the fruit to soften up a bit, before blending, but it was well worth it. Eat with a spoon. 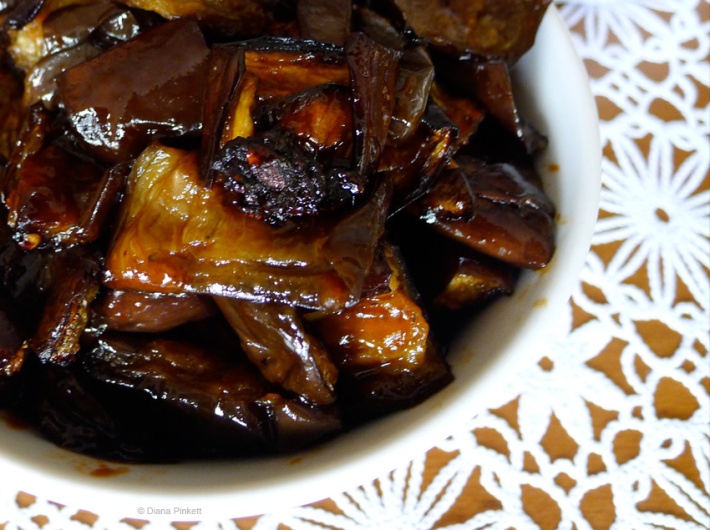 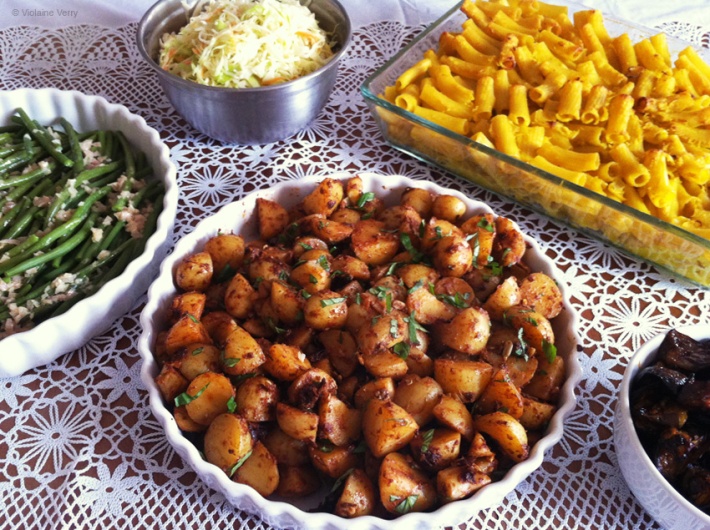 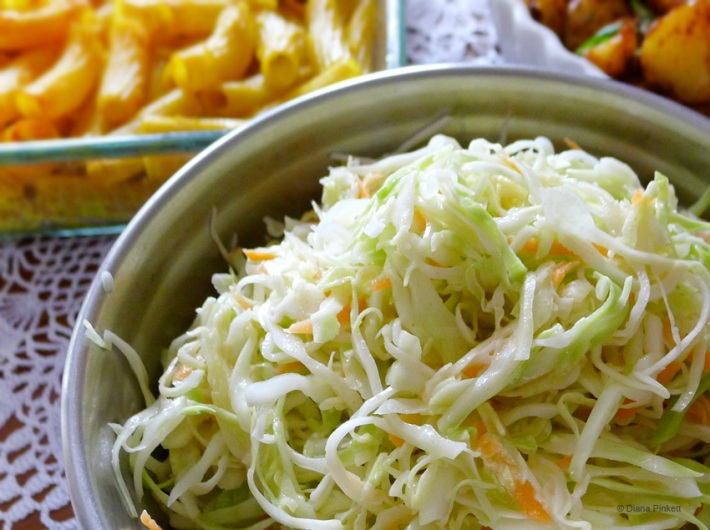 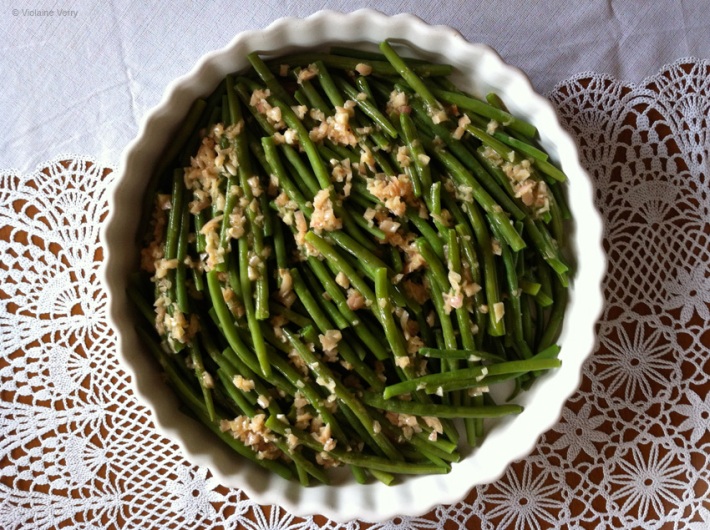 Thanks again to our guests who make it to this month’s Clapton Pot. If you are reading this post and you would like to attend the August Clapton Pot, do join our facebook group or follow us on twitter. An announcement will be posted when the next tickets become available very soon.