As world cup fever gripped the nation, Violaine and I decided it would be apt to pay homage to the tournament’s host at this month’s dinner. Cue ‘The Clapton Pot does Brazil …’

It was a busy month for both me and Violaine so we didn’t have a chance to meet to discuss our menu beforehand. We know that this is always somewhat dangerous – liaising via email doesn’t give you the same opportunity to bounce ideas around and troubleshoot potential problems. Nonetheless, we cobbled together what seemed like a fairly solid menu of:

As we started our usual shopping expedition on Saturday morning, it became clear that we’d face a challenge or two along the way. Our attempts to track down ‘heart of palm’ on Ridley Road Market were close to ridiculous and had us in fits of giggles after a number of failed attempts to explain to bewildered stall-holders what, exactly, we were looking for. I’ll put my hands up – before this month’s dinner I’ve never bought palm hearts and had little idea of what they were – so I can understand their confusion. If you’re in the same boat, palm hearts are ‘a vegetable harvested from the inner core and growing bud of certain palm trees’ (Cheers, Wikipedia). Eventually, we resorted to Sainsbury’s and, with a sigh of relief, tracked down the elusive heart of palm. Phew.

Our problems, however, were not over …

This month we had quite a few proper ‘foodies’ booked in. The ladies from ‘Walthamstow Foodies’ run their own supper club. As fate would have it, their event and ours always fall on the same day. This time, however, there was no clash so they snapped up two tickets. It was great to finally meet them in person after months of twitter interaction but we were, if honest, slightly intimidated by the fact that they serve up a seven course feast planned weeks in advance! We also had a ‘returner.’ Robbie is a Senior Public Policy Advocate at Step Change and a true Claptonite who had been to one of the very first Clapton Pot dinners and stayed in touch with Violaine since then. It’s worth keeping up with his blog for a candid take on Hackney’s plethora of eateries. Robbie brought along his partner Pete – a first time potter. Pete is a PR guru for Reuters. My good friend Freya, who’s a designer at ASOS and knitwear queen also bagged a ticket. Her boyfriend Shaun was supposed to attend but an unfortunate bout of conjunctivitis meant he had to stay away, for all our sakes! Freya’s lovely friend Laura, also a designer, was shipped in all the way from Peckham at short notice (thanks for making that journey Laura). And finally the lovely Louise, often mentioned on this blog, who’s an old neighbour and friend of Violaine’s and now lives in the Quantocks. Lou very kindly and generously brought us a bottle of home-made sloe gin, but we’ll never know how good it was as sadly it was thrown to the ground by ‘Violaine’s elbow’… 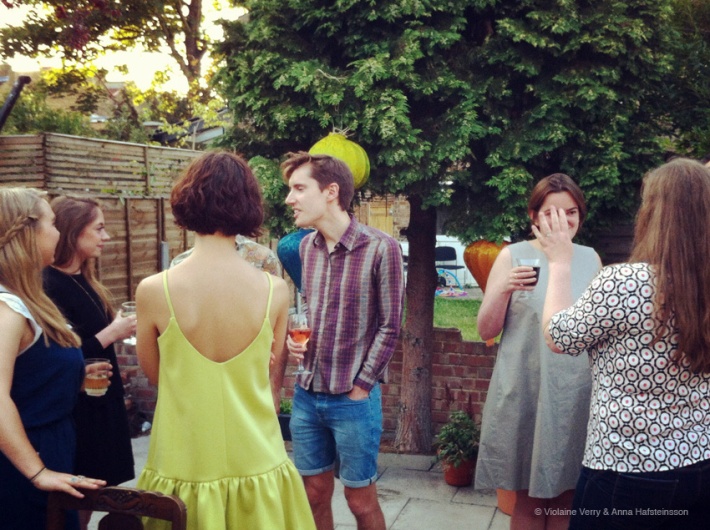 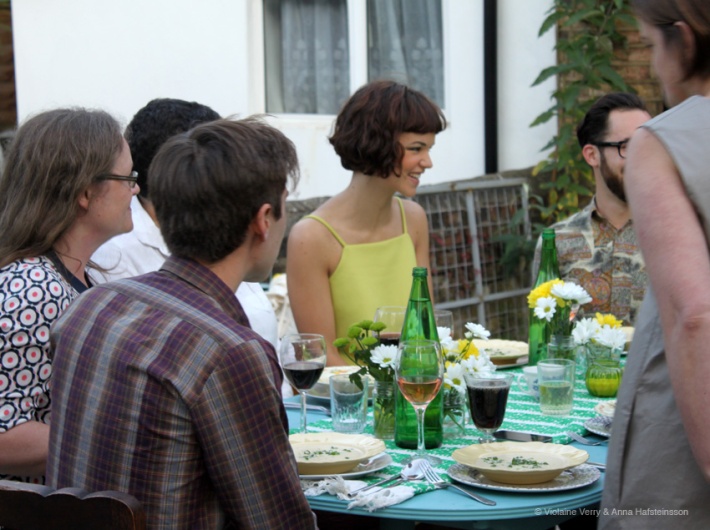 The Walthamstow ladies arrived a few minutes early which had us a little flustered as we usually like to take a few minutes to have a quiet moment with a glass of wine before guests arrive. However, we soon found our feet and were quickly chatting in the back garden. Luckily we had another nice summer’s evening so were able to dine alfresco. Our other guests soon followed and we sat down to the Heart of Palm soup. After our efforts of tracking down the exotic vegetable we were glad that it seemed to be a hit. Next up was our black bean stew …

We bought dried black beans, rather than tinned, which was possibly a mistake given the fact that we weren’t able to soak them overnight. The stew had been cooking for a good few hours and we were quite concerned that we would be serving up seriously crunchy beans. However, by the time we plated up they were (just about) edible. Violaine, after a few glasses of wine, decided to present the dish in true seventies style (see pic). Très chic. I hope our guests appreciated the humour. Brazilian dishes rely so heavily on meat so it’s quite a challenge to find those hearty flavours when you’re not using it. Our guests were polite about the meal but I don’t think we’ll be cooking this one again.

You might think it couldn’t get much more disastrous but our meringue was also a flop. Quite literally. Being enterprising chefs (in the loosest sense of the word) we diverted the mango from the kale salad, dashed to the shop and served up some Hagendaz Dulce de Leche ice cream with chopped mango. A little bit of cheating never hurt anyone, right? … 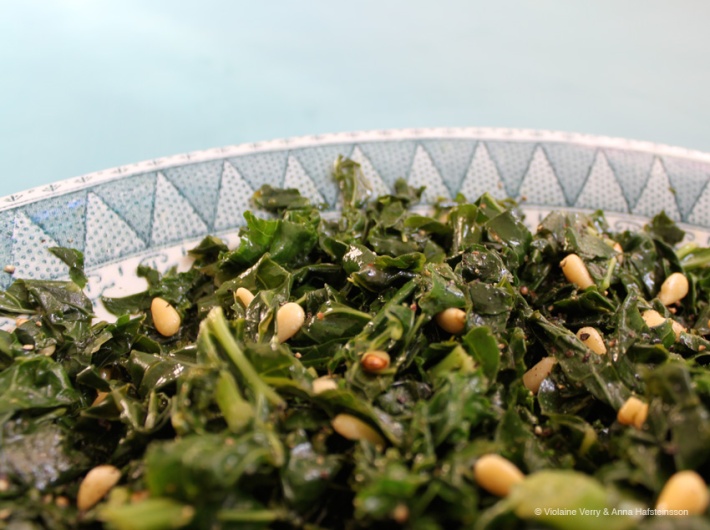 I think the old saying ‘if you fail to prepare, prepare to fail’ is fairly apt with regards to this dinner. Despite the clearly below par food, however, no one actually went hungry and we spent a very enjoyable night with some great company – so all was not lost!

We’ve certainly learnt our lesson for next time so potential guests please do not feel deterred! We’re learning as we go and having a tonne of fun along the way – so do join us soon! 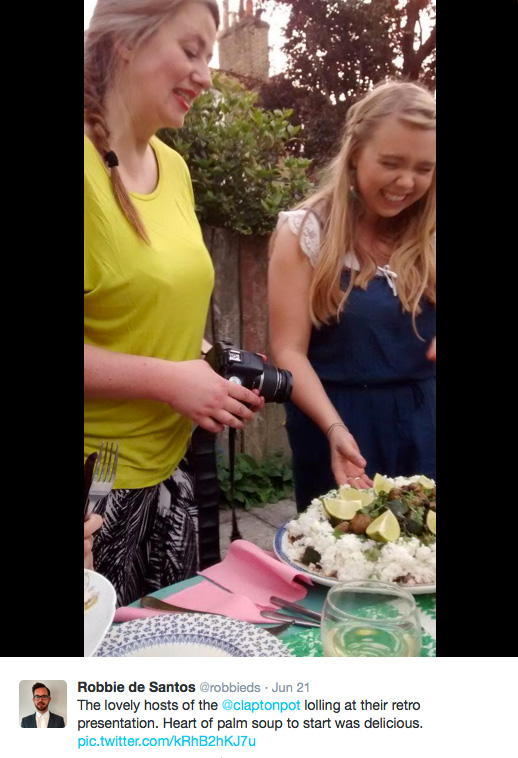